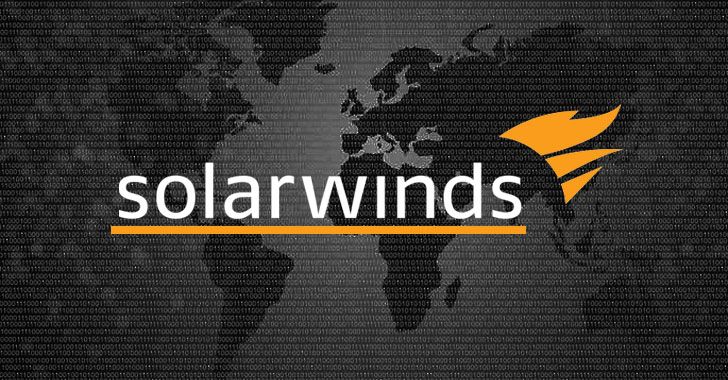 SolarWinds investigations have continued at pace, giving us lots of new developments. Haven’t heard about this attack? Here’s a quick recap from the last issue:

Attackers gained access to SolarWind’s network and were able to insert vulnerable code into their Orion IT monitoring platform. About 18,000 SolarWinds customers received this vulnerable version of Orion which gave the attackers a backdoor to their systems. These customers in the U.S. included the Treasury, Commerce, and Homeland Security Departments. With the attack being traced to Russian state-backed hackers, it certainly isn’t a good look for the US.

What we learned this week

Microsoft detailed the evasion tactics used by SolarWinds hackers. These tactics enabled attackers to remain undetected on SolarWind’s network for over a year. My highlights were:

Security professionals love coming up with catchy names for malware, so here’s a guide to all the malware that we know was involved in the attack:

🔒 The US Makes Cybersecurity a Priority

The Biden administration’s proposed $1.9 trillion Covid-19 relief package includes $10 billion for improving federal cybersecurity. Funds would be used to modernize IT systems, pilot secure cloud-computing services and hire additional security experts. This level of investment is great for the industry, but whether the relief package manages to pass through the US congress without that $10 billion figure being significantly reduced remains to be seen.

The Russian government also issued a security alert on Thursday warning of potential cyberattacks being launched by the US in response to SolarWinds.

Chrome has officially ended support for Adobe Flash Player. Flash Player was used for viewing multimedia content online and at its peak was used on the websites of approximately 70 percent of Fortune 100 companies. However, due to advancing technologies and endless security problems, Adobe discontinued the product in December 2020. Apple and Mozilla have already stopped supporting flash, with Microsoft’s Edge following later this month.

Other notable updates in Chrome 88 are that it stops users from accessing FTP (File Transfer Protocol) links. FTP has been used for decades to help users send files over the internet. However, its use has declined as other sharing methods such as cloud storage have become increasingly common. Google says that ending support will help prevent downloads that may come from insecure locations.

The final security update in chrome is the addition of new password features. Chrome will now allow users to easily check if any of their saved passwords are weak or have been breached. Users can do this through settings and will also be prompted after logging into a site.

Edge doesn’t like to be left out of the fun and is also introducing new password features, notably the Password Monitor feature Microsoft announced in March 2020. It will notify users if the credentials they've saved to autofill have been detected on the dark web and, if so, provide a notification inside the browser suggesting users take action.

Fleek is an x-rated social media app that shutdown in 2019. Any pictures shared on fleek were supposed to be deleted after they were sent, but researchers from vpnMentor found more than 300,000 explicit user photographs from the defunct platform publicly accessible online. The pictures were found on a misconfigured Amazon Web Services S3 bucket, a widely used cloud storage solution.

Takeaways: Fleek said that they deleted every picture that was sent… But whatever a company has written in their terms of service or privacy policy means nothing if they can’t be trusted to follow through on them.

Intel announced that its 11th Gen mobile processors will be sold with threat detection technology. Some malware impacts the performance of the CPU, ransomware being one example. Ransomware blocks access to a computer system until a sum of money is paid. It does this by encrypting all of the victim’s files - which requires very heavy CPU usage. Intel is planning to use machine learning to detect suspicious or abnormal behavior like this.

Linux devices have been under attack by malware known as FreakOut. The malware aims to add infected devices to a botnet used for DDoS attacks and cryptocurrency mining. The malware has been targetting data storage, web portal, and website applications. Link.

Seven Dnsmasq vulnerabilities, collectively known as DNSpooq were disclosed by the JSOF research lab. DNSmasq has many functions but is most widely used to store responses to previously asked DNS queries in what’s known as a cache.

SonicWall (a networking device maker) reported a security breach on Friday. Their statement said that their systems were targeted by exploiting probable zero-day vulnerabilities in certain SonicWall products. Patches for these vulnerabilities are not currently available and SonicWall has advised users of its products of steps they can take until patches are available. Link.

Other news, ideas, and insights from around the web that you might enjoy.

Benedict Evans on Online Speech and Publishing. Social media companies aren’t platforms, but they aren’t publishers… Ben argues that if we’re going to get anywhere, we need to start considering them as their own entity; rather than assigning one of our existing labels. Link.

Cybersecurity Market Insights is a newsletter simplifying the complexity of cybersecurity products for buyers and investors. Link.

Troy Hunt discusses disabling paste on password fields. If you disable pasting in password fields most password managers no longer work… A great example of security theatre, where organizations claim to not allow pasting to “keep you more secure” but in fact just make their users more vulnerable. Link.

I did the unthinkable and looked back to 2020. Here’s a webcast on The Register by Sophos about the state of ransomware last year. My biggest takeaway was that very few companies are paying the ransoms, and if they did pay, it’s actually their cyber insurance company that’s paying (94%). This is why we’re seeing companies with ransomware insurance increasingly appear as targets. Link.